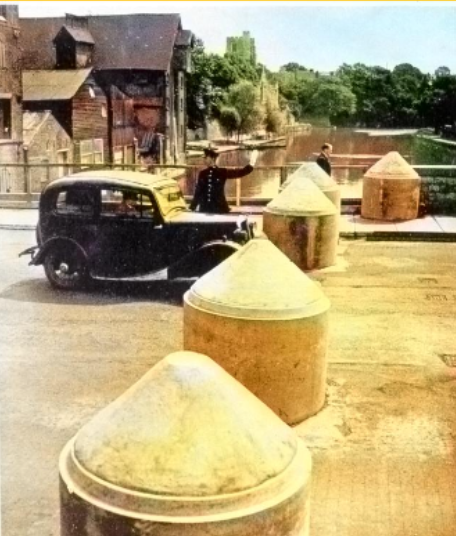 Clive Holden’s report is the culmination of his two years research into the military history of Maidstone in the Second World War and the plans for its defence.

During the Second World War Maidstone was a major hub of military activity. At the outbreak of the war in September 1939 the town was already the home of the Regimental Depot of the Queen’s Own Royal West Kent Regiment and was also the regiment’s infantry training centre (13 ITC). It had barracks on the Sandling Road and on land at the recently acquired Invicta Lines.

Following the German invasion and occupation of France and the Low Countries and the seizure of the Channel ports in the early summer of 1940, an invasion across the Channel into the southern counties of England became a real possibility. Due to its proximity to France, Kent was under particular threat. Defence plans were hastily revised to combat any invasion. These plans included the construction of the ‘GHQ Line’ a series of defence works to defend London and the industrial heartlands of the Midlands. Along these lines many towns and villages were designated as ‘anti-tank islands’ also known as Nodal Points, heavily defended localities with pillboxes, roadblocks and anti-tank obstacles designed to slow-up a German advance. Because of its importance as a vital communications hub with its road, rail and river links and being the centre of county administration, Maidstone was designated as a Nodal Point and became an integral part of the GHQ Line defences. Further revisions of anti-invasion plans in 1941 and 1942 saw Maidstone upgraded to a ‘Fortress’ with enhanced anti-tank defences and a dedicated garrison.The report can be viewed and downloaded on the KAS website via this link: https://www.kentarchaeology.org.uk/publications/member-publications/fortress-maidstone