Our Transcription Interest Group has been working on papers in the Gordon Ward collection. This document relates to the sale of lands in Mereworth in 1627. The two persons involved are George Cotton and Lawrance Evernden. 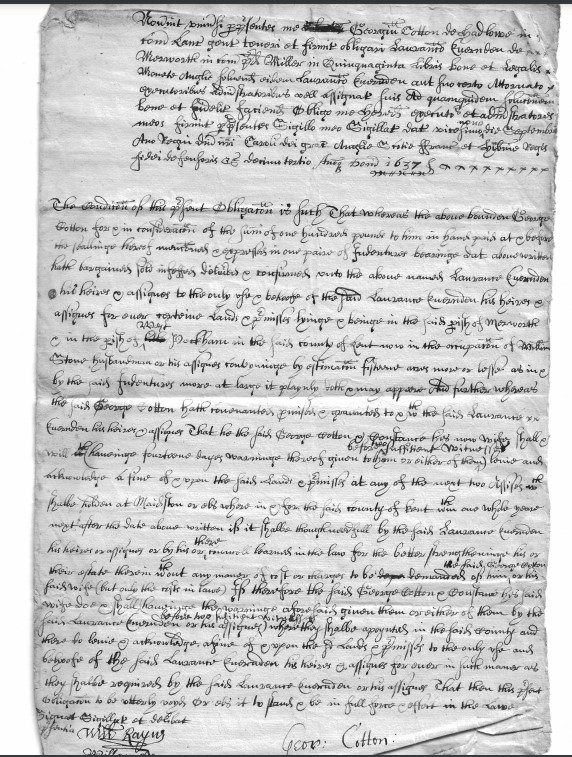 The sale of lands and premises in Mereworth and West Peckham in September 1627.