We were back on site today after our bank holiday break, replenished and ready to go.

Work continued on trench 2 with continuing excavation of both sides of the circular feature by slots through both. They continue to produce a fair amount of worked flint, although less in the lower fill, but no more dating as yet. We will be aiming to bottom out those slots and get some idea of the scale of the ring ditch (I think we can call it that now).

We opened another slot further up the linear that runs alongside the ring ditch, tomorrow's job will be to investigate and record whatever we find there. 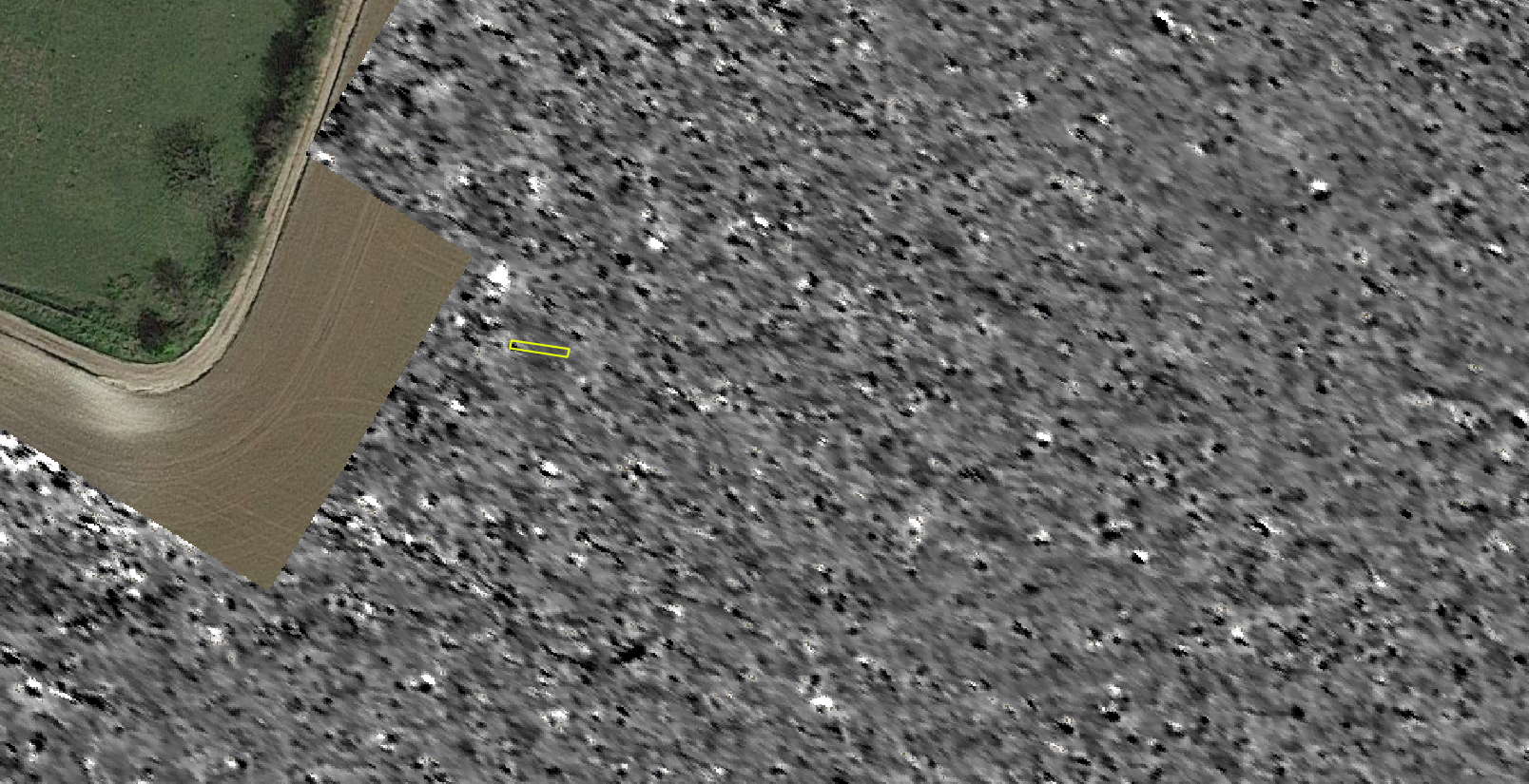 We were joined today by Gerald Cramp, the Society President and also by a couple of young enthusiasts who were instrumental in finding the points for the new trench. 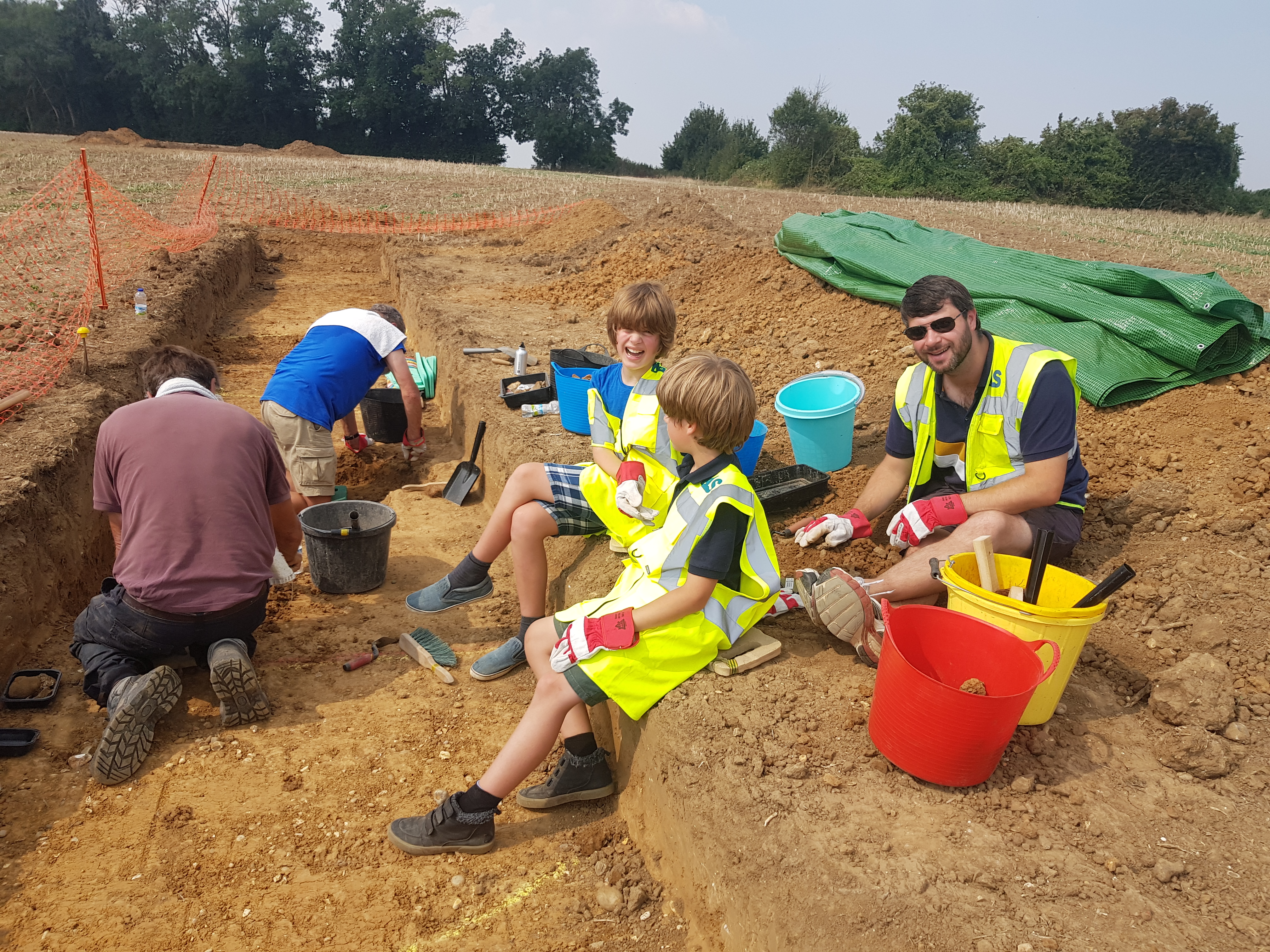 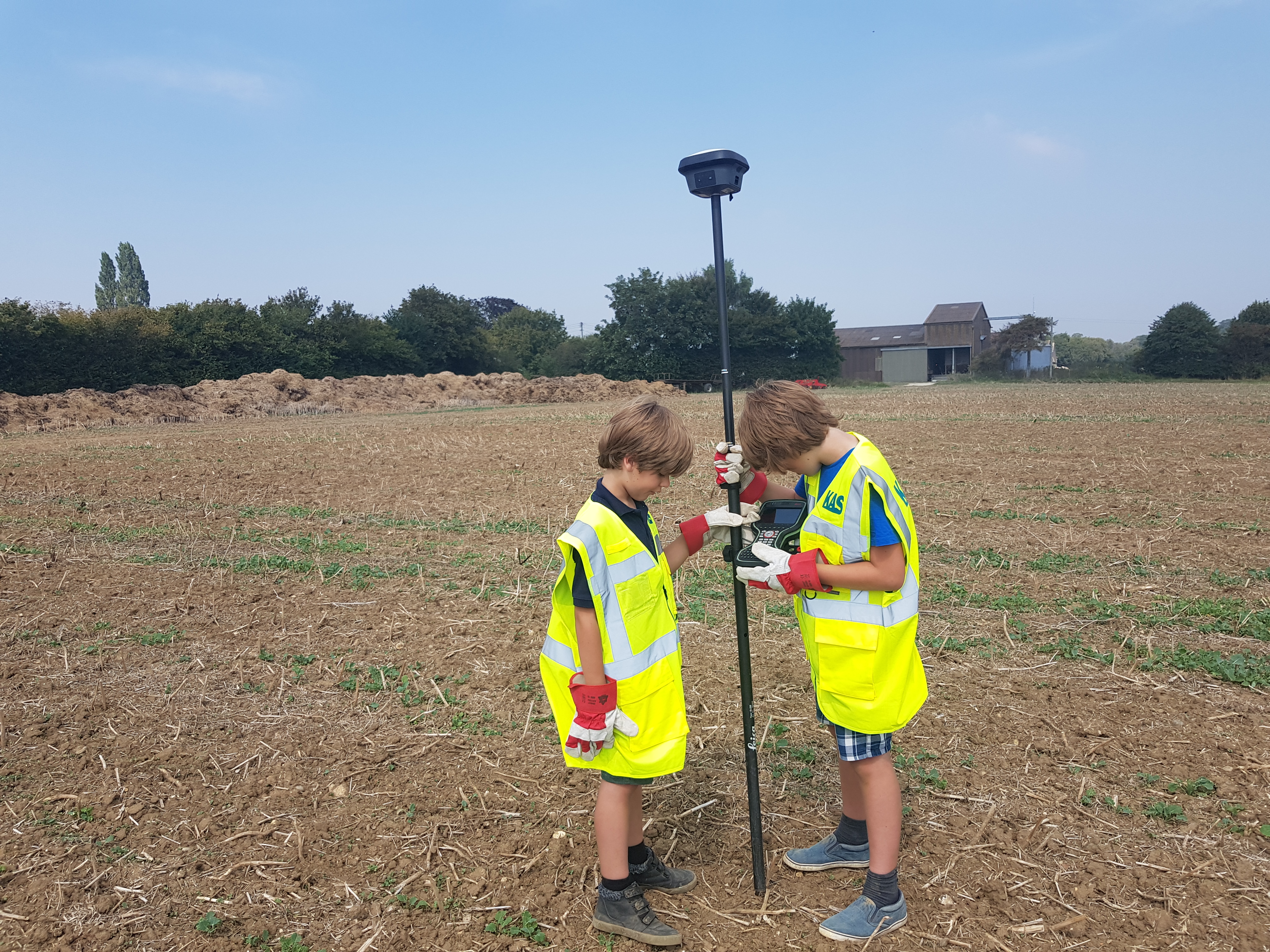 The team made some interesting new discoveries in trench 3, a large deposit of chalk that may have been quarried from a mysterious depression in the adjacent field. That also needs some investigation which has rather prevented us from opening up any more trenches for this year. There are still four days to go so watch this space or better still, get down to Lees Court Estate and join in the investigation.

A dedicated training day is planned for tomorrow when we will be recording the evaluation trenches and the excavations within them. Don't miss it if you want to learn some professional fieldwork skills.

See you on site