Members aplenty at the Badlesmere Bottom dig today, the word has escaped that we have some interesting archaeology to be investigated.

The increase in numbers meant that we could devote our attentions to trench 3 and leave trenches 1 and 2 for now. This trench was positioned along a group of three linear anomalies and the northern edge of a circular anomaly based on the results of the geophysical survey (see the annotated results below) 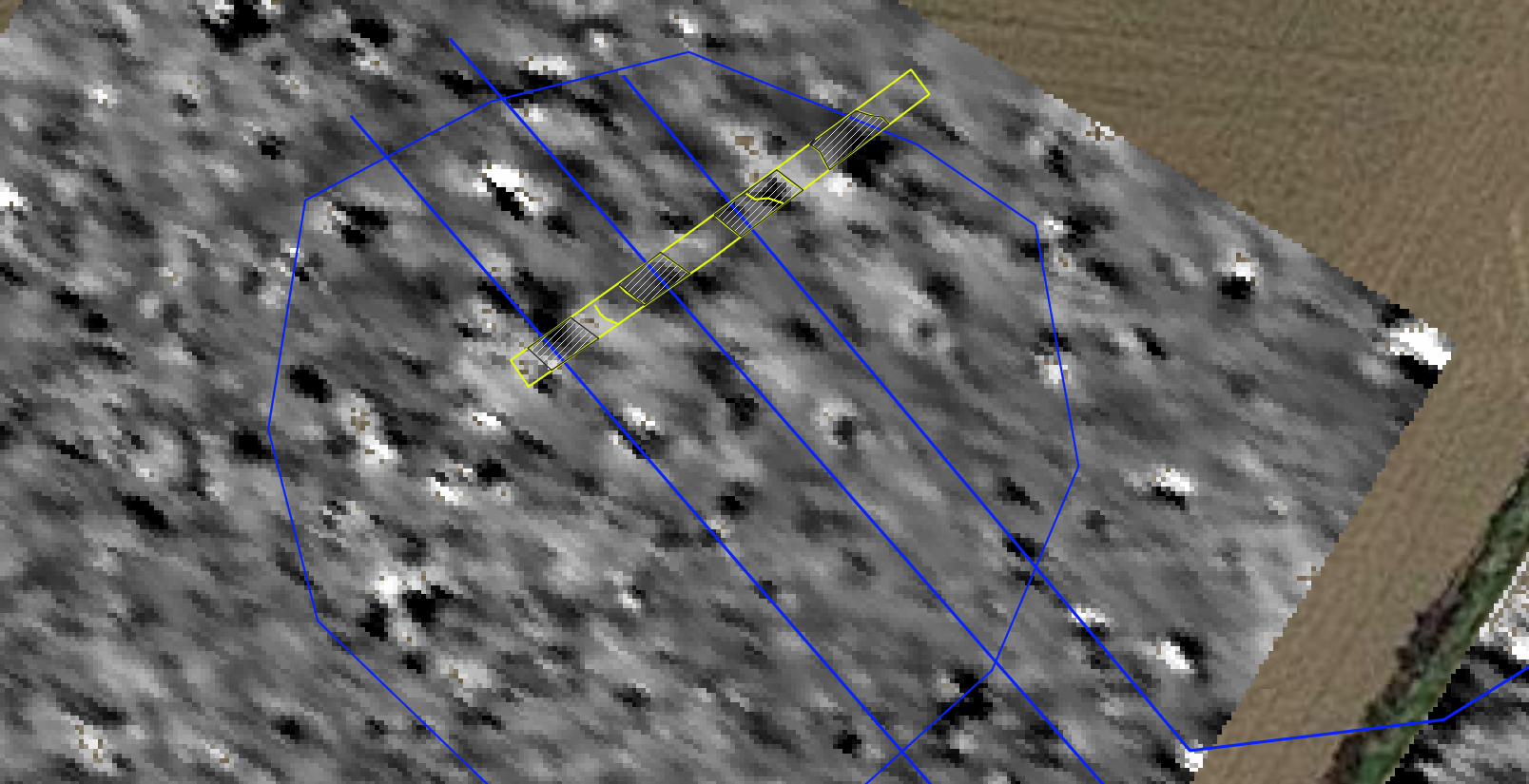 The working hypothesis was three linear ditches truncating an earlier circular feature such as a settlement boundary ditch or enclosure. Plenty of volunteers were keen to get cracking and finding edges to features from which to work. 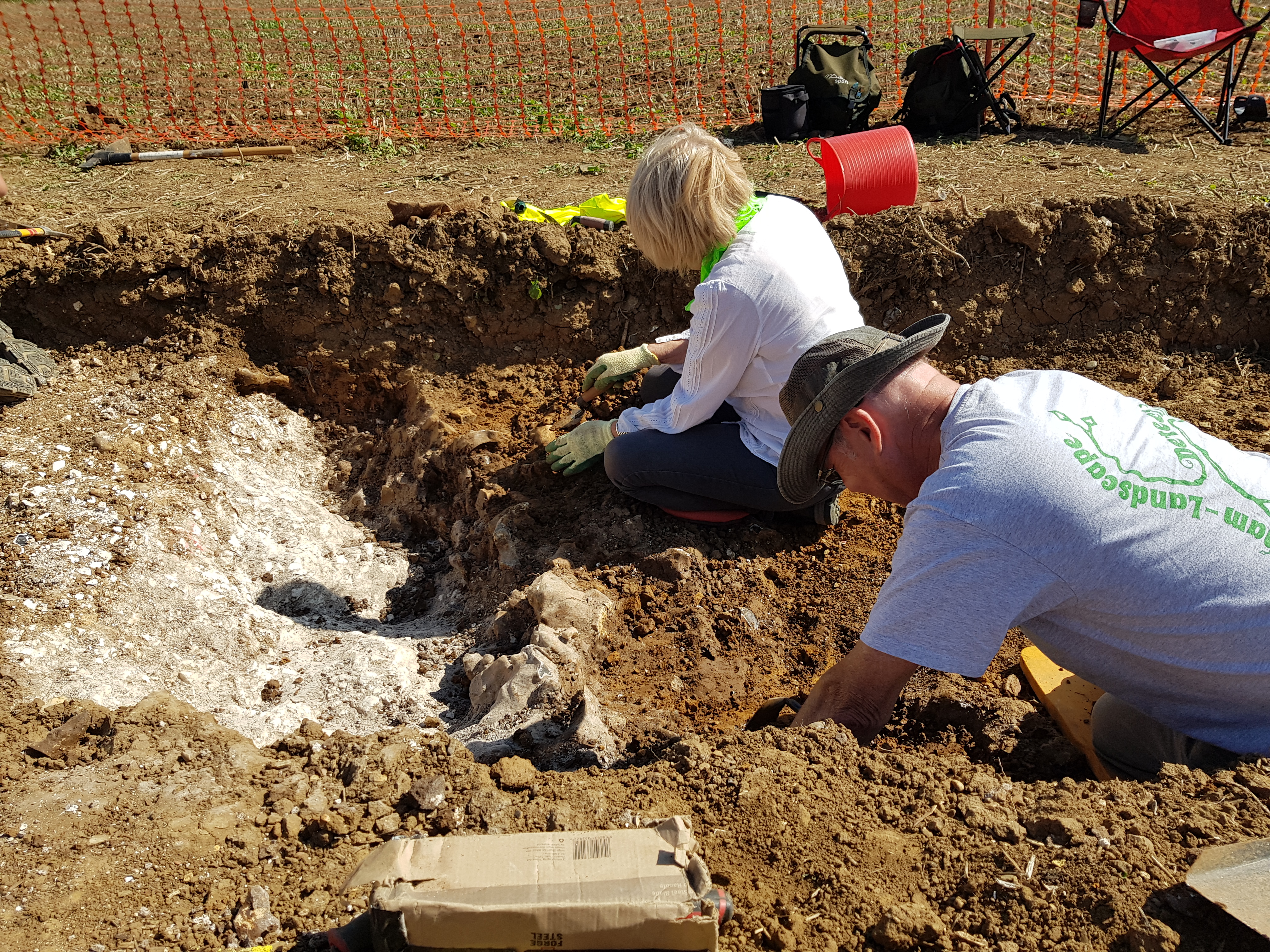 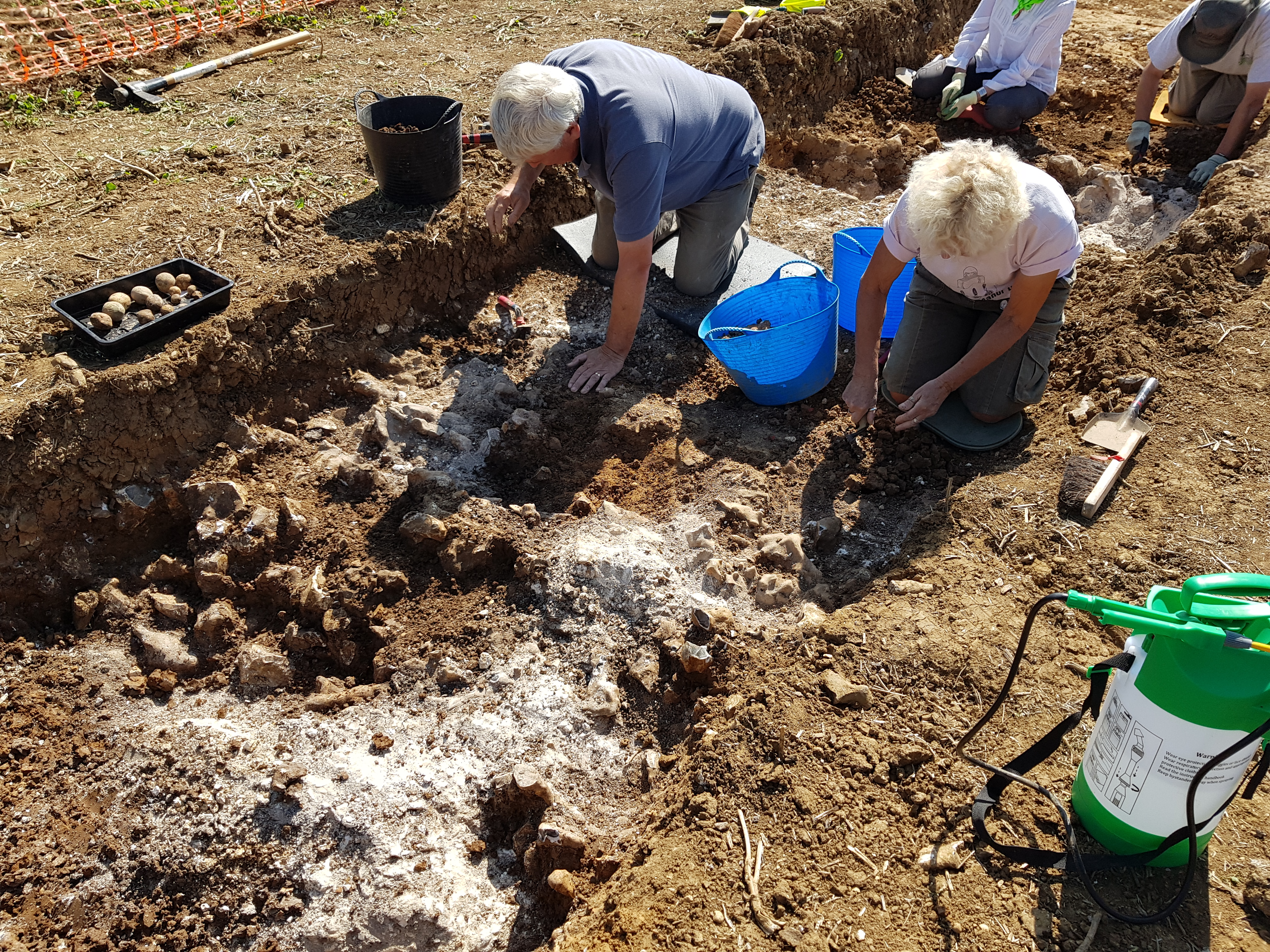 No dating material was found but there were a few oddly spherical flints discovered In close proximity to each other which led the diggers to contemplate whether that was significant.

There is a suggestion that the three linears might be part of a trackway but why would it take such an abrupt right angled turn in the adjacent field?

Much more to do in trench 3 tomorrow with some hard work already completed. Let's hope some of the mysteries will be solved.